Who is he?
If you haven’t heard of Dave Gorman, know this: he is one of the most innovative and quirky comedians in the UK. Best known for his drunken bet with flatmate, Danny Wallace, which resulted in ‘Are you Dave Gorman?’, and his internet-obsessed Googlewhack Adventure, Dave Gorman is a man who rarely shies away from a challenge. His story-telling is top class, and combined with his use of pie charts and power-point presentations, he is guaranteed to make you laugh. 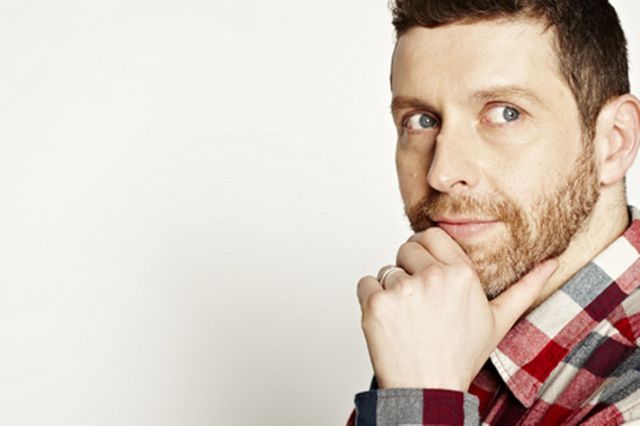 Are you Dave Gorman?

An inspiration to all Procrastinators.
In 2003, Dave decided to write a book, hoping to be taken more seriously:

“I decided I wanted to write a novel. I started by growing a beard. Somehow this helped to persuade a publisher to give me a deal for a novel.”

Unfortunately, in the first few days of writing the book, the internet got in the way. He received an email notifying him that his website was a GoogleWhack, causing him to travel the world to meet others who were also Googlewhacks.

“If you’re sitting at a computer wondering what a Googlewhack is and you find out what one is and you don’t try to find one you’re not bloody human, surely!”

The result? After spending the publisher’s advance on his Googlewhack Adventure, and with no promise of a book, he took to the stage to recite his tale in order to pay back the publisher! The show really is hilarious from start to finish, and his truthfulness and enthusiasm are commendable. What can we fellow Procrastinators learn from this? That if we embrace it, it’s actually okay to get side-tracked! You never know where something might lead, even if other’s think you’re a little daft.

Other reasons to love Dave Gorman:
A keen cyclist, Dave cycled a 32-date tour around the UK in 2009. Now that’s commitment.

Despite being assumed to be Jewish, Dave is in fact an atheist.

His radio-show-come-television-show, Genius, is pure genius. He asks members of the public to submit ideas on how to make the world a better place.

He has made appearances on The Daily Show with Jon Stewart, as well as QI and Have I Got News For You.